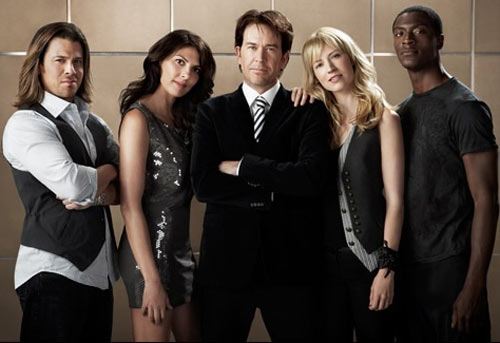 Former insurance investigator Nate Ford and his band of cohorts act as modern-day Robin Hoods, pulling elaborate scams targeted against the greedy and the corrupt.

The team was formed in Chicago before moving to Los Angeles headquarters in Season One. With their headquarters demolished and faces known, they disbanded at the end of the season.

They reformed in Boston after persuading Ford to lead them again, and have set up a new base in Ford's loft apartment. However, after a con involving the corrupt city mayor, they were forced to move out once again, this time leaving Ford, who left himself as a bargaining chip.

Youjoomla.com is Web Development Company specializing in Joomla Templates and Extensions Development. We provide Joomla Quality Service since 2006. Beside our Joomla portfolio we have good experience in other CMS templating like WordPress. and we also offer clean XHTML/CSS web templates services.

This site is for demo purposes only and uses sample content. Images
are copyright of their respective owners.